St Gabriel’s RC Primary School is committed to safeguarding and promoting the welfare of children and young people. All staff, governors and volunteers are expected to share this commitment. For more information please see our safeguarding policy which can be found under Key Information > Policies > Safeguarding Policy.

PLEASE SEE ‘NEWS AND EVENTS’ SECTION FOR THE LATEST INFORMATION REGARDING CORONAVIRUS. WE HAVE ADDED A NEW PAGE FOR PARENTS ENTITLED 'HOME LEARNING' WITH IDEAS AND RESOURCES TO USE DURING THE SCHOOL CLOSURE.

Year 4 have been practising our balancing skills and shape interpretation in PE as part of our gymnastics topic. We made some great shapes in our groups and worked well in partners to practice balancing.

We learned all about classifying vertebrates. We learned that there are 5 types: mammals, birds, reptiles, amphibians and fish. We organised pictures of animals into these categories and had to work out what animals they were. Some were quite difficult, especially the birds, but we found out that some of us are really good at recognising different types of birds!

As part of our Roman Topic, we had to work in groups to try and work out what some photographs were of. We discussed as a group what we thought they were and why we thought that. We used our deduction skills to help us. We later found out that they were of a Roman Bath House in Pompeii. After this, we learned all about the different rooms that were in Roman Bath Houses. We then designed our very own.

We learned all about Judaism and the Torah. We learned how it is made, which is a very long process. Once the Torah is made it is covered in a beautifully designed cover to keep it protected. We decided to create our own. We used different materials and colours. We used gold or silver trimming and created a tassel effect. We enjoyed designing our own Torah covers. 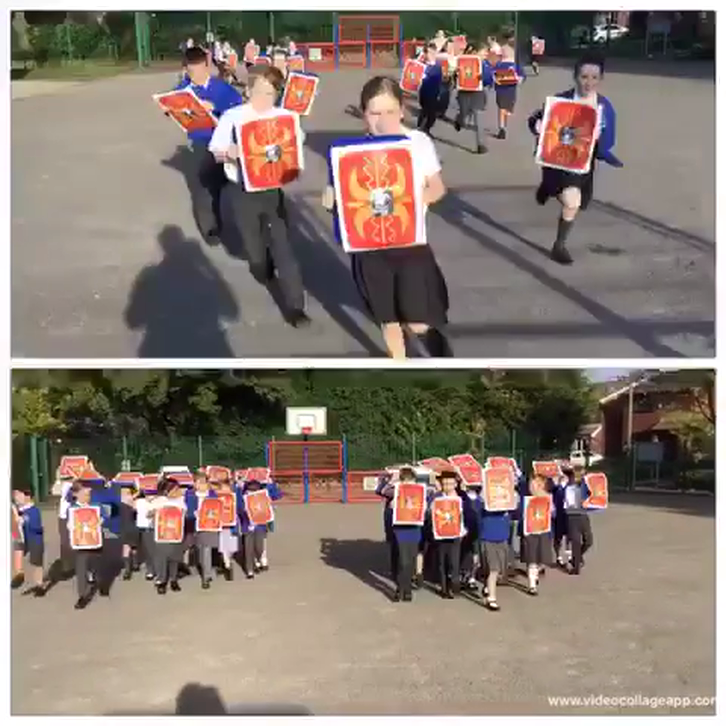 We learned all about formations and tactics in the Roman Army as part of our topic. The top video is our Y4 version of the Wedge. This was great to act out. We had to charge in an arrow head formation; the leader at the front to take charge.
The second video was the Tortoise. We had to march in time with each other, with our shields above our heads and to the side. 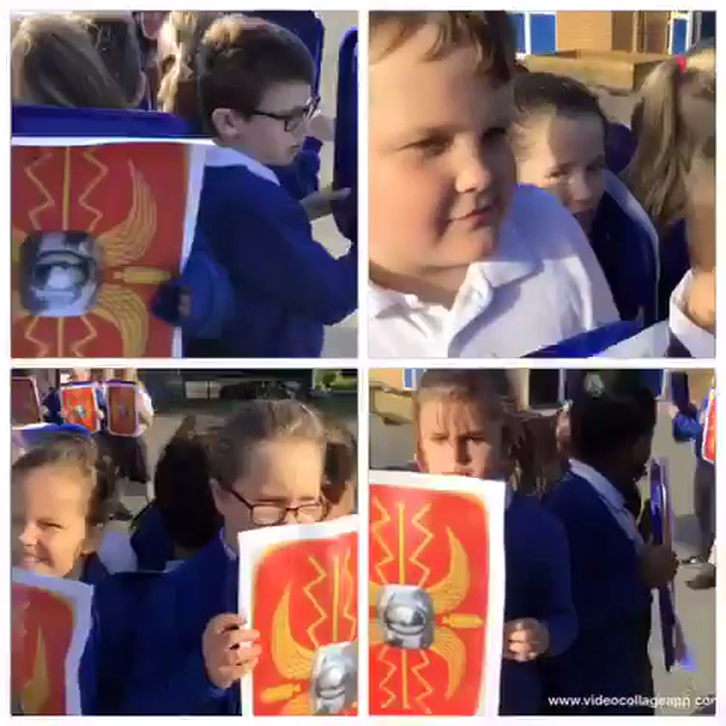 This was our re-enactment of the Orb. This was a losing formation. The soldiers would have to stand around in an orb shape, to protect their leader who would be in the middle. We still enjoyed acting it out though!
Roman Army Formations
This formation is the Repel Cavalry. This was another form of defence. The Romans would position themselves in a zig-zag pattern, some would have shields and others would carry spears in a diamond shape to prevent the enemy from approaching.

The Rise of the Romans 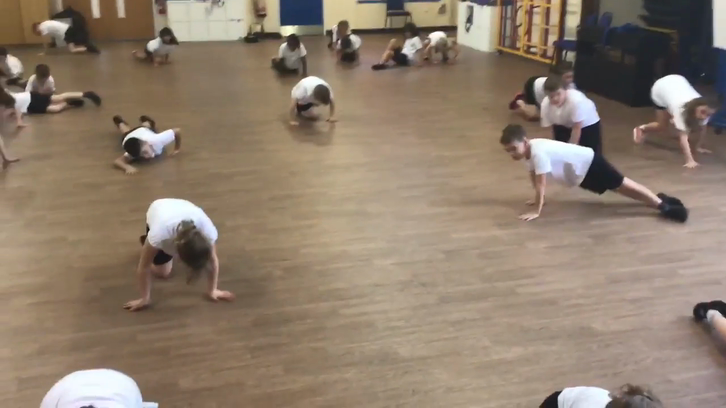 This is Year 4s dance interpretation of the rise of the Romans. We listened to the music and thought about what we had already learned about the Romans. We thought of dance movements to show how they began their conquest and how they conquered other countries. We watched clips from Strictly Come Dancing and looked at the dancers movements and thought about how we could include some of these in our dance.

We focussed on writing for a purpose. We’d practiced using features of persuasive writing and applied it to our own writing to promote our Macmillan Coffee Morning. We did our own research into Macmillan so we could include facts in our letters. Year 4 were then in charge of producing the school letter to try and persuade as many parents as possible to come to our school’s coffee morning. We really enjoyed this and it made us think about what to include in our writing.
Top
Cookie information
Cookie Notice